January 5th 2017, the start of International Experience Project (IEP) number four, to Galle, Sri Lanka. The previous projects to Brazil and Indonesia gave me a good idea of what to expect from this year, but heading to a new location always brings its own unique challenges. This year the group is made up of one MA and seven BA students: Henry Seilern (project assisitant) 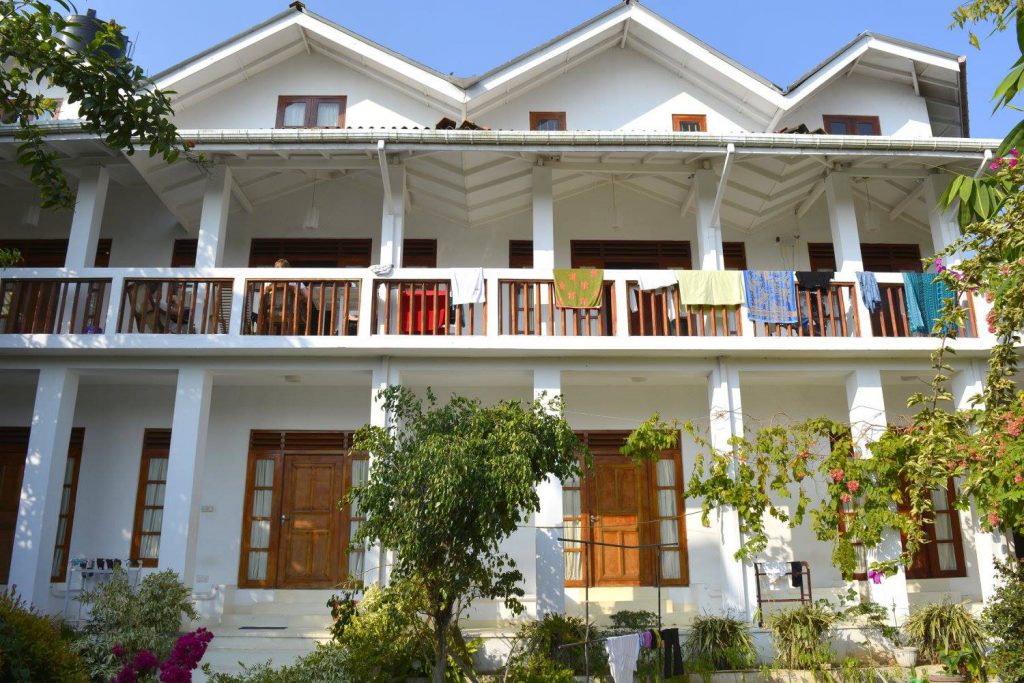 The course preparation went surprisingly quickly, involving the usual: promoting, presenting, promoting some more, conducting interviews of potential candidates, getting them to commit, gathering the funds, then beginning the task of preparing them for what I always hope will be a transformative experience. Other than the usual 3 weeks of volunteering, the students have had to develop a comprehensive understanding of the country they’re visiting in order to help them produce their final assignments. Before they departed for Colombo, the students were lucky enough to sit in on two of Prof. Sandilya’s South-Asian Politics classes specifically relating to Sri Lanka’s colonial past, civil war and post-war present. Along with several assigned readings, the students seem to have taken a real interest in the country’s complexities. Their research proposals were an encouraging sign, ranging from; the strengthening of Chinese-Sri Lankan relations and Sri Lankan entrepreneurialism, to the spread of militant Buddhism and the role of language in the plight of the Tamil minority.

After a discussion with our volunteer director, a deeply caring man called Janaka de Silva, we decided it would be useful to run a series of academic visits for the students to help them put a face to the issues they aim to research. Our first visit was yesterday (Day 6 of 21) to meet with a retired military major (now hotel manager) who, during his 20 years of service for the Sri Lankan Army as a sniper, saw extensive combat and at the height of his career commanded over 850 men. His presentation was a powerful but somewhat biased montage of gory images from the aftermath of Tamil Tiger suicide bombings, combined with the specifics of Sri Lankan Army military offensives. Much of it was difficult to watch, but for a man who spent most of his life in active military service it wasn’t surprising.

Whatever the reasons for it, the civil war between the Sinhalese majority government and the LTTE (Liberation Tigers of Tamil Eelam) – the most well-funded separatist organisation in history – was a bloody conflict that raged from 1983 to its controversial conclusion in 2009. It claimed the lives of tens of thousands of civilians leaving a deep scar across the country, which most Sri Lankans hope is now healing. A trip to Jaffna next week (the northern Tamil capital) is intended to help broaden the students’ understanding of the ethnic challenges in Sri Lanka.

In terms of volunteering, Janaka has provided the students with a variety of projects to get involved in. The first week has been a tasting session, trying a different project each day then deciding on one to continue with for the rest of the trip. Projects include: teaching English (ages 6-16), working with the elderly and those with special needs, working with blind and deaf children, and lastly working with sexually abused girls or in one of the many local orphanages (both projects are available only to girls).

Something I have grown used to with these projects is how my students always surpass my expectations. For some more than others, this is a big trip and one which poses all sorts of unforeseen challenges, but from day one they have made life here thoroughly enjoyable for all concerned, with constant laughs and a willingness to face their fears and try something new. I include myself when I say that we are all on a learning experience, and spending time with a country’s most needy can be an enlightening experience.

Volunteering at the Christian Home for the Elderly one morning, I had the 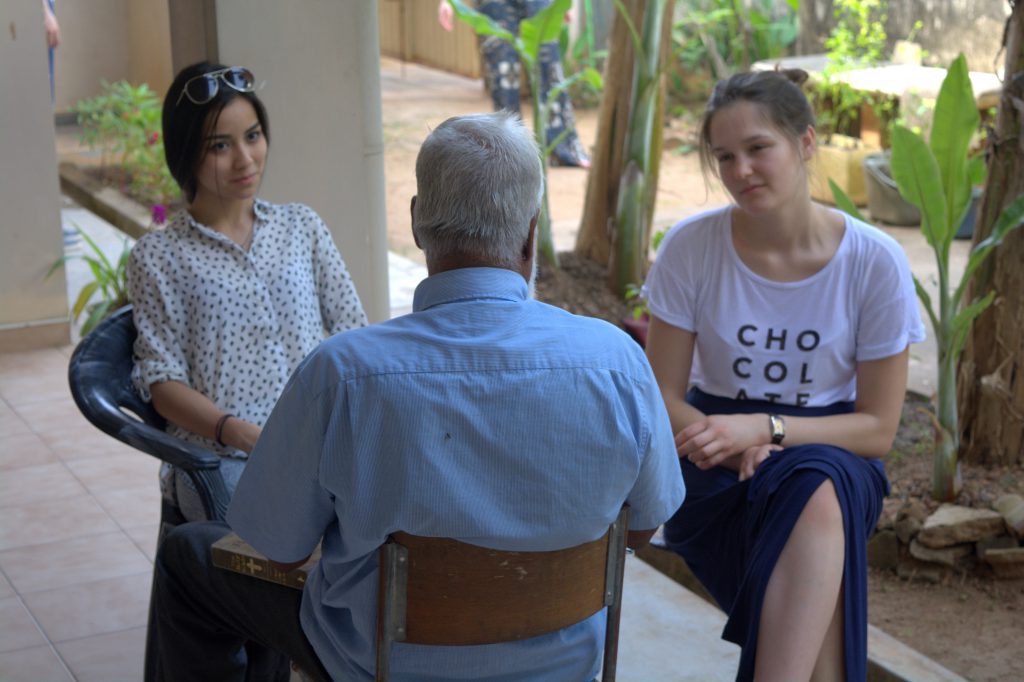 chance to speak with a 72 year old gentleman called Denver. His wife had passed away after a 13 year battle with cancer and his children had moved to Europe. The cost of the cancer therapy had been so great that Denver was left destitute upon his wife’s death and so found himself in the care of the nuns at the home. Unlike many of the residents, Denver’s mind had not begun the slow degradation towards dementia. Instead he was sharp, talkative and full of thought-provoking insights into the past, present and future of Sri Lanka. As we sat together in the home’s back garden, he told me how he had taken part in a failed socialist uprising in the late 1960s, by the Marxist-Leninist political party, JVP (Janathā Vimukthi Peramuṇa). He was 17 at the time and had been adamant that the new Sri Lankan ruling classes (after British rule) were a corrupt bunch of nepotists who needed removing. Now, over 50 years later, he confessed how foolish it all was. It was sad to see a man of his experience stuck in a home, not for health reasons but simply because he didn’t have the financial (or culinary) means to look after himself. As is the case with many of the projects we volunteer in, I felt unable to give Denver all the help he needed, but was glad I’d had the chance to hear his stories and that he’d had the chance to tell them.

So, one week in and we’re all beginning to find our feet. Once you get over the 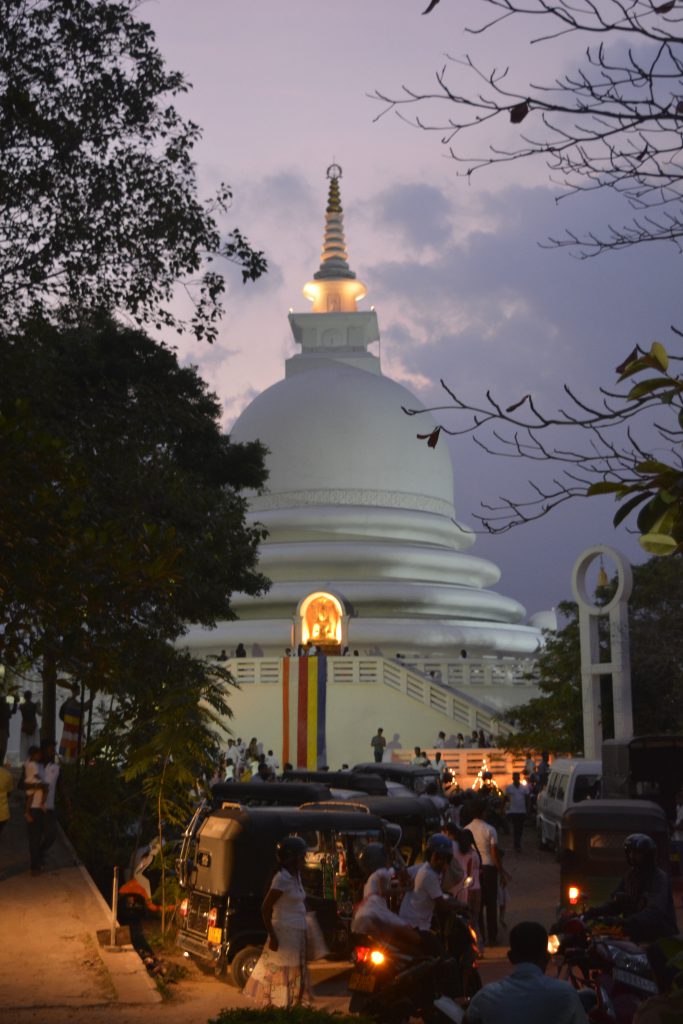 heat and the melee that is Sri Lankan streets, you realise that this is a truly beautiful place. Mother Nature and human life seem to blend together without too much disagreement – although there’s little dispute that the palm tree is king. By day, when the temperature is a steady 30 degrees, we can be found buzzing around the city in tuk-tuks, receiving our daily dosage of city smells, from street food and fish markets to toxic waste and smells you’ve never smelt before. At sunset, when the temperature falls to a comfortable 22, we sit on the long balcony of our new home and watch Sri Lanka’s wildlife take over. Large troops of monkeys bound over the roofs with flocks of green parrots flying by, replaced by thousands of giant fruit bats after the sun has gone down. Calls to prayer from the local mosques compete with the endless chanting from Buddhist temples well into the night. It’s an intoxicating place and one that feels very distant from our frozen home of Prague.