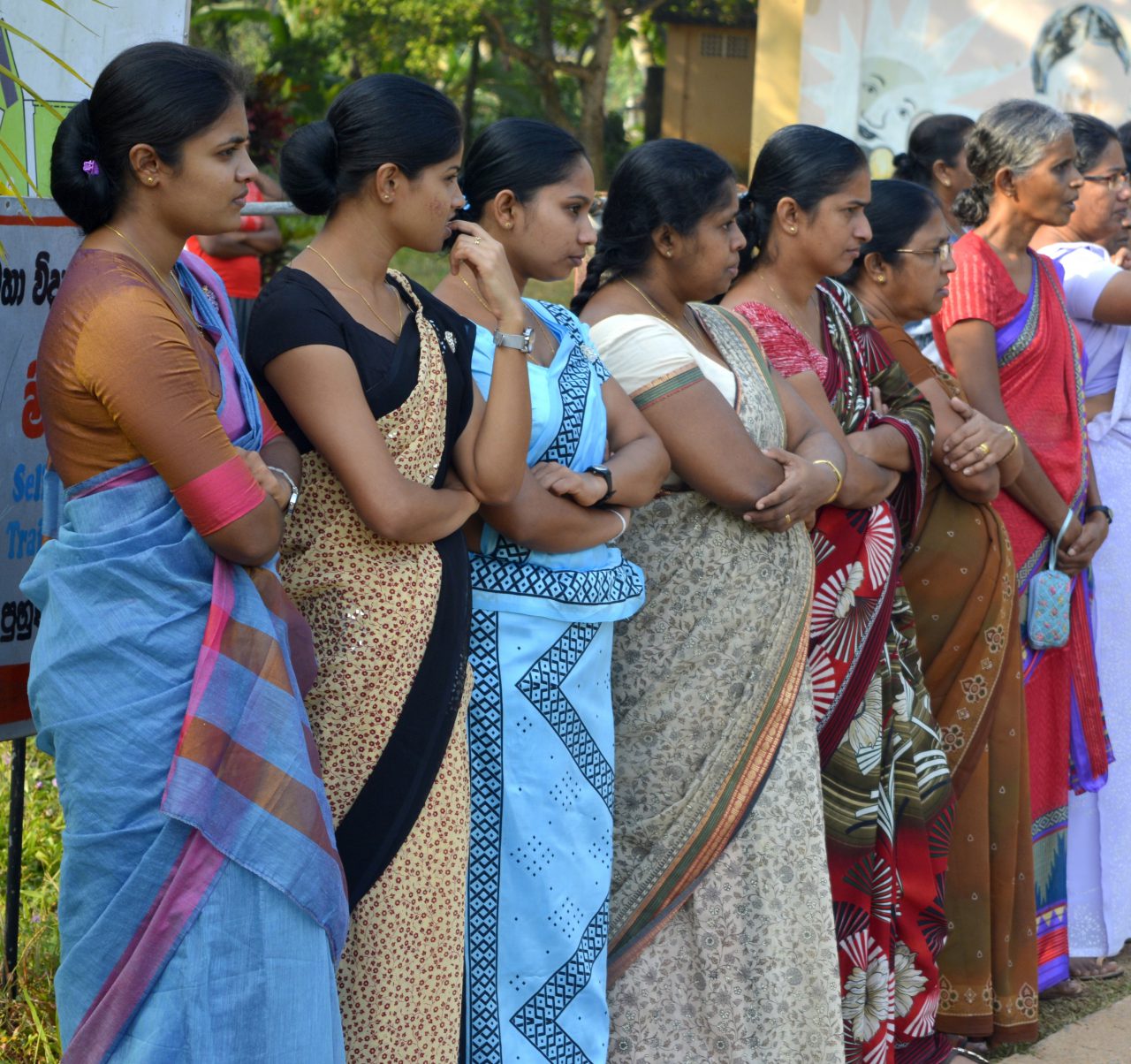 The first working day had already ended, and we were having dinner while Mr Janaka, the head of the volunteer organisation here in Galle, was assigning the work for the next day. I was assigned to the Girls’ House with three other volunteers.  I had no idea what was expected of me. I thought that it is a simple school where only girls study, but “The Girls House” is a home for girls from the age of seven to twenty who were sentenced by the court, sexually abused, or were abandoned by their parents. Some of them are pregnant, and some have already have a baby.

The first thing that came to my mind was, “will they take me seriously?” I couldn’t help but think this because some girls were almost the same age as me and some even older. After dinner, I decided to ask Lilian, another volunteer, more about the house since she had been there before. She told me that the class consisted of about fifteen girls and that two or three of them understood a bit of English, so I should prepare some English exercises and games.

The next day, in the morning, I was a little bit nervous since I was not sure what the girls had already studied and whether exercises that I prepared were appropriate. Mr Janaka drove us to the house and before going there we asked him to stop at the printing centre so that we could print our exercises. Like is often the case, it wasn’t working – I became more nervous and began to wonder what I would do if I didn’t have any materials. Luckily, we had some games and colouring with us which saved the day.

The Girls’ House is very close to the orphanage (which you can read about in Kathryn’s blog), so we had an opportunity to see little kids in there. The other girls from our group, Kathryn and Shirin, stayed in the orphanage to help. When we arrived at The Girls’ House, Mr Janaka introduced us to the headmaster and then we went to class. The girls were very friendly and greeted us with warm smiles. The first twenty minutes we were introducing ourselves and just talking. During the conversation, we asked them what they want to do in the future, and one girl, Madhara, said that she wants to travel to countries such as India, China and Korea. She especially wants to visit Qatar because her mother lives and works there. All of them want to explore the world and learn something new. Even if their parents abandoned them, they still talk about them with love. It was nice to see but sad at the same time. Also, even though many of the girls are nineteen or twenty years old, they still behave like small children. 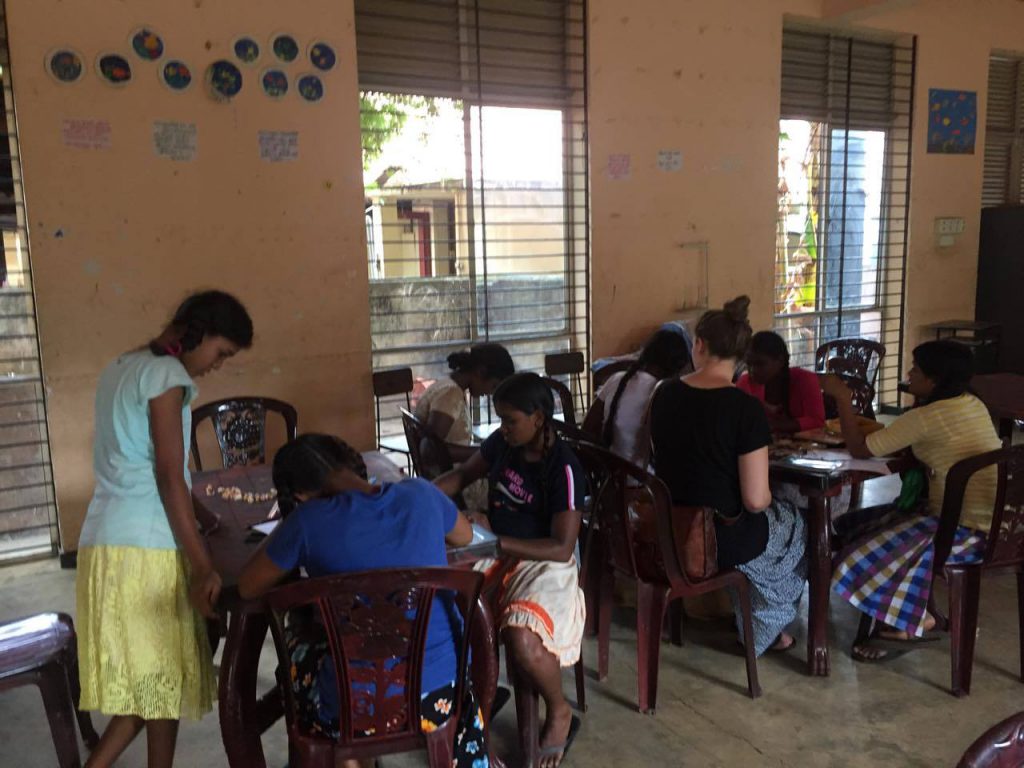 After our conversation, we played dominoes and another game where they had to match words with pictures. Since we had only those two games, we played a matching game in different ways: at the beginning, they matched the words with the pictures we put on the table. Then, we showed them those pictures and the girls had to say what was in that picture. After we described the meaning of those words and they had to guess it. It was nice to see that some girls helped each other if they didn’t know something.

They then gave us a tour around their house. They showed us what they grow in their garden and the place where they pray. They taught us some Sinhalese words, so now I can say thank you (istuti) and sorry (samavena). When we came back to the class, they sang different songs in three languages: in Sinhala, Arabic and English. Then all of the girls decided to sing a song together – they sang so beautifully and lovingly. When I asked what the song was about, they said that it was about a mother.

I looked at the girls and couldn’t help but think of the crimes and mistakes they had perhaps unknowingly committed. They had no-one to tell them what was right and wrong, and they were so young to have such a sad fate. But even if they have dark and unpleasant memories of the past, they are still cheerful, funny and friendly and I think they enjoy and love their lives.

We are all aware that there are a lot of people who live in bad conditions. But only when you see them with your own eyes do you start to feel and perceive their situations differently. It breaks your heart, and you want to help them, you want them to have a better life. After visiting The Girls’ House, I started to think about my life, how lucky I am and what I would do if I were those girls. All I want to say is: be happy and love your life as much as the girls from that house!