My journey to Sri Lanka started with a hectic morning on January 5th. With below-zero temperatures, snow, and leafless trees, leaving Prague for some Sri Lankan heat felt liberating. That morning, I woke up early to check off the last couple of items from my to-do list. Two hours before I was supposed to meet the group at the airport, one item still remained unchecked: packing! Filling my suitcase with my entire summer setup took so long I skipped lunch, missed my bus, and arrived at the airport half an hour late. To add to the stress, upon arriving I found out everyone from our group had already checked in and so the group peacefully proceeded to the gate without me. After rushing to the check-in desks, I found an incredibly long line of fellow passengers, halfway through which I was told I only have 15 minutes left for checking in. Just as time was about to run out, I was kindly allowed to check my bag in at an empty business class counter, hurried through passport control, and found myself at the gate, joining fellow passengers observing our majestic Airbus A380 with awe.

I boarded the world’s largest passenger aircraft eager to join my classmates, only to find their seats empty. Baffled, I took my seat. Just as I was constructing emergency scenarios in my head, all of a sudden my companions appeared. So, it seemed like we were ready for take-off, although it turned out that 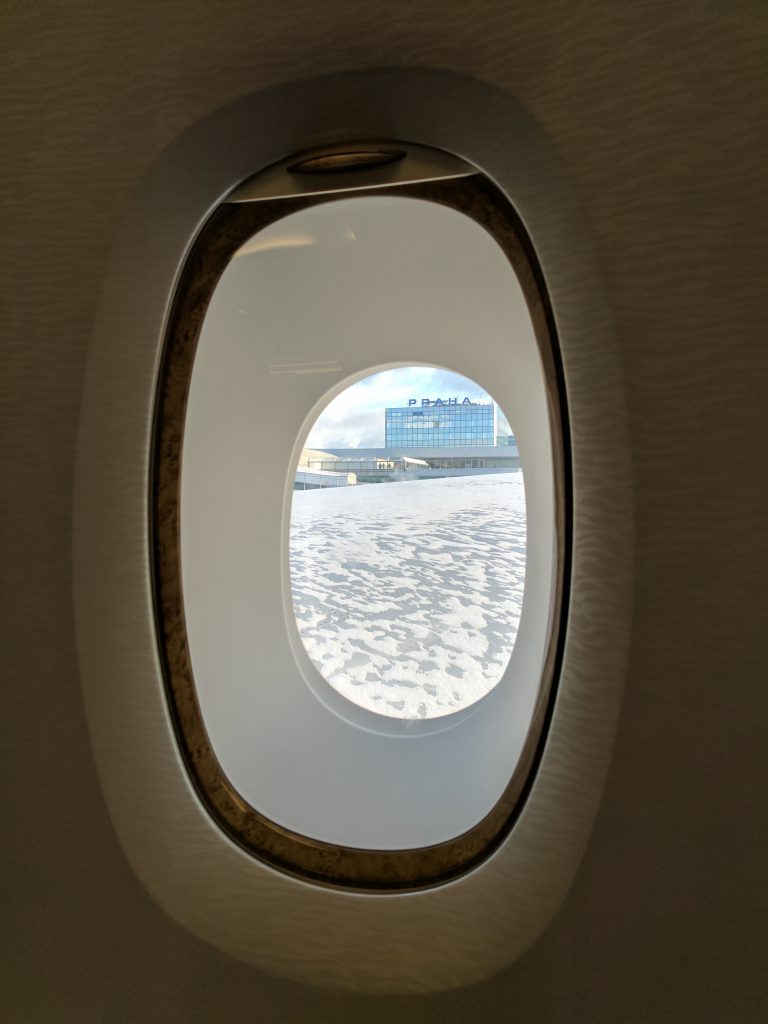 was not quite yet the case – the plane’s wings needed to be de-iced. I took this opportunity to watch the external cameras of the plane, which apparently charmed a Czech lady seated behind me. “How do you turn that on?” she asked. “I’m the older generation, you know, we’re not good with computers.” How typical. It was amusing to witness their mesmerized comments on how clever the spraying was, how wonderful it was that they were getting food, and oh how great it was that they had WiFi on the plane (which I couldn’t get to work). So long, chilly Prague!

Getting off the plane in Dubai provided us with a taste of the pleasant warmth we would be experiencing in Sri Lanka. Standing in the bus that drove us to the airport took forever and was tiring, so I appreciated being provided with hotel rooms for the 9-hour layover. My greatest worry were immigration officers – I had heard frightening stories about their strictness from last year’s Bali mission folks – but any fears quickly vanished when we were received by a young Emirati officer. “You are Czech?” he asked. “Yes,” I replied, after which he greeted me in my mother tongue with a cheeky smile and said, “Jak se mas?” He couldn’t grasp why we were only intending to stay in Dubai for several hours and would be going to Sri Lanka for a full month, arguing Dubai was “the best city in the world.”

Despite sleeping for less than two hours, the complementary hotel (provided by Emirates) treated us with a buffet-style breakfast, which left us feeling refreshed for a while. However, the connecting flight put most of the group to sleep until a routine stop in the sunny Maldives four and a half hours later woke us up again. Bored and starving we waited for two hours inside the airplane staring out at a tropical paradise before we heard the captain’s magic words: “Cabin crew, prepare for take-off!” 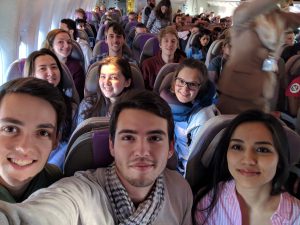 The third and final leg of the flight was rather uneventful with nothing but sea around us until the very last minute when Sri Lanka came into view. The east coast revealed itself, covered by a tropical aura it resembled an incoming thunderstorm. After passing through immigration, I noticed a strange arrangement of duty-free shops. They weren’t selling jewellery and expensive perfumes, but irons, fridges, washing machines, and TVs. Hordes of people were buying them and leaving the airport with them. It was perplexing to watch – a fascinating introduction to the bizarreness of this tropical island country.

The last bit of our journey encompassed a roughly two-hour minivan journey from the Colombo airport to Galle in southern Sri Lanka. Of course, every single member of the team fell asleep, occasionally waking up to the chaos of a Sri Lankan highway. Arriving in Galle, our van turned from the main road and we found ourselves in a labyrinth of palm-covered narrow streets. This unknown territory filled me with uncertainty, exacerbated by the quietness of the surroundings we passed through. However, the moment we entered the warmly lit organization grounds, filled with flags from all nations, our fears evaporated. Mr. Janaka, the NGO owner, welcomed us with a warm embrace: “Welcome home,” he said.