graduate originally from Manchester, UK. He has been lecturing at Anglo-American University (AAU) for seven years and running the International Experience Project (IEP) for three. The IEP combines his two main passions, education and travel – helping to open the minds of young, ambitious students who are looking for a challenge in life. The project began in the favelas of Rio de Janeiro in 2013 & 2014 then moved to the rural areas of central Bali in 2016, where it took on a more significant humanitarian tone. This year, 2017, Rob hopes to expand the project by providing a larger selection of humanitarian projects to get involved in, and by choosing a country with a wider variety of areas for academic research – Sri Lanka seemed to tick all the boxes. When he’s not teaching or travelling Rob enjoys climbing, cycling, writing and DJing in his local neighbourhood of Žižkov, Prague. 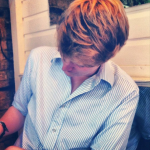 Henry is a second year Master’s student studying Business and Law at Anglo-American University, Prague. Henry is Austrian but has roots in Bohemia. He is taking part in the IEP not only as a volunteering student but also as project assistant. Volunteering is nothing new to Henry, in 2010 he travelled to South Africa to work as a trainee in a human rights organization in the townships of Cape Town. The experience was a powerful one, and helped him realise that despite the different walks of life, our desires for safety, personal growth and happiness are the same. During the IEP to Sri Lanka Henry aims to apply the management and leadership skills he has learnt from both his work and education background. 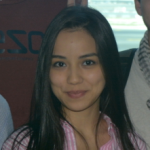 Relations at Anglo-American University, Prague. Shirin is Kyrgyz-Russian and spent most of her childhood between Kadamjay, Moscow and Istanbul. Her interests include, sculpting, photography, fashion and playing the piano. She also enjoys hiking and yoga. In terms of academics, her interests have always been in politics and socio-economics. She hopes this year’s International Experience Project will expose her to new cultures and new ways of thinking. 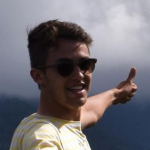 Michael is a second year Bachelor’s student studying Politics and Society at Anglo-American University, Prague. He is Czech-Bosnian and has spent most of his life in the Czech Republic. Michael has already had a taste of volunteering when he taught English at an elementary school in Lombok, Indonesia in 2015. He sees this year’s project as a chance to further broaden his horizons, developing his appreciation for the world’s cultural diversity. Michael is also a keen photographer and runner who is determined to bring a positive spirit to this year’s IEP. Kathryn is a third year Bachelor’s student studying Communication and Media at the Erasmus University in Rotterdam, Holland, attending AAU on an exchange semester. She is British but moved to Holland when she was six. Kathryn is very outgoing and has worked in various fields, most recently at a part-time internship for the International Fundraising Consultancy in Holland. Kathryn is a qualified dancer and loves travel and learning new languages. She hopes this year’s IEP will help her challenge herself while learning about a new culture. 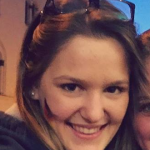 Johanna is a third year Bachelor’s student studying Business Administration at the Ludwig-Maximillian’s University in Munich, Germany, attending AAU on an exchange semester. She was raised in the Baden-Württemberg province of Germany but spent much of her school life in England. Johanna is a very communicative person who is interested in education and teaching children. A trip to India in 2014 had a powerful impact on her, helping her to realise the importance of volunteer work. Her hobbies include, horse riding, running, skiing and painting. 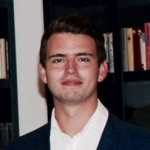 studying International Relations at Anglo-American University, Prague. He is American-Czech and has spent considerable time in both Arkansas and Prague. Chris has an aptitude for languages, speaking Czech, English, Slovak, French, and German with a grounding in Arabic. He is keen to develop his leadership skills for his future aspirations and hopes the IEP will provide him with valuable people skills and cross-cultural communication. Chris is also an avid reader and has a love of history. Assel is a second year Bachelor’s student studying International Relations and Diplomacy at Anglo-American University, Prague. She is from Kazakhstan and is joining the IEP to Sri Lanka with her twin sister Anel. Assel is hoping to gain as much as she can from this project; not only in personal growth and exposure to new cultures but the chance to have a positive impact on the lives of less fortunate Sri Lankans. This will be her first volunteering experience and one she is very much looking forward to. Assel’s other interests include art, cinematography, public speaking and the piano. 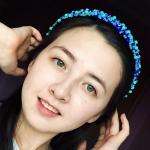 Humanities and Social Sciences at Anglo-American University, Prague. Anel has no direct experience in volunteering but spent many hours teaching her two younger brothers English. She also participated in a school club which took students to nursing homes and to meet World War II veterans. Much like her sister, Anel is open to meeting new people, learning about new cultures, and providing all the help she can to the people she meets. She has also taken a keen interest in the complex language situation in Sri Lanka, using it for the basis of her research project.